Who does not remember this Chernobyl disaster caused by the explosion of a nuclear reactor.
An unprecedented drama that could have been avoided thanks to the Yang Gong Feng Shui because beyond the classic analysis of Waters, and Mountains to determine the potential of a company or its « Chance » to live in prosperity, it is important to observe the quality of the orientation of a building.
The Yang Gong Feng Shui determines several qualities of sittings or orientation of buildings and the worst is what is called the Fire Pit.
On an industrial site, in a general way all the buildings are placed and ordered squared and the particularity of a Fire Pit is to have it on the 4 faces of a building from the moment when the axis of construction adopted is on a fire pit. Which means that regardless of the gateway adopted on all these buildings, these doors will be on a Fire Pit. 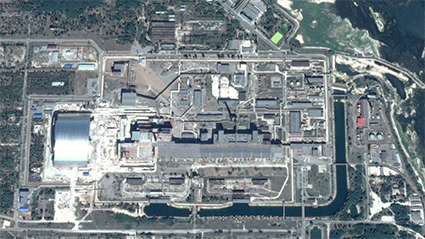 The Fire Pit on which is located on the main building and which gives the general tone of what is happening in this factory is very bellicose and the ancient classics of Yu Han Jing call it « Thunder Dragon … ».

These classics have classified and identified these orientations by the experience of generations of masters who have found and validated their effects to the number of cases verifying these effects.

So yes the disaster on this industrial site could have been avoided with a construction respecting its placement in its environment taking into account the observations of the old masters who were well warning against such a building implantation. A few degrees more or less could have avoided this nuclear disaster. 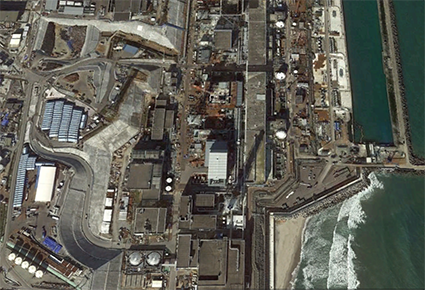