Are the Kennedy’s cursed or is it the feng shui of their home that is causing these disasters?
A feng shui family home acts on an entire family, even when the children have left their nest. This house can act on them for good or bad, it’s all about how to capture the natural environment of Water and Mountain. A Location and Orientation case of building that is measured with a compass, the luopan. It’s all feng shui.

The case of the Kennedy family who decimated their elders, unfortunately illustrates very well this effect of feng shui. 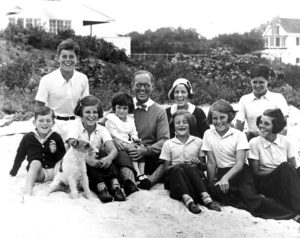 The objective in feng shui is to capture the good energies of the environment and let out the bad, to keep only the best. In this little game some are better than others and I recall here the classification of the 12 phases of growth used in feng shui which illustrate the phases of the life of the man:

Let’s look, in a simplified way, at the effect of the surrounding nature on the inhabitants of these houses. 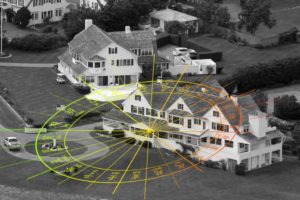 Feng shui is getting in tune with the energies of the environment. Each site benefits from a Potential but to exploit it well it is necessary to have a good orientation of building, or failing that its main door of entry. A house or any premises meets these rules and a good wine available at your door, with a poorly oriented door, turn it into vinegar inside and offer you the quality of life that goes with it. Stay at the time … the time to do his work. find out more here
For you, having water that goes from one direction to another … that does not mean much, but for the Yang Gong Feng Shui, these inflows and outflows represent the type of energy that will be activated for the occupants of this house. These external energies account for 80% of the effects of feng shui and they can be vinegar or good wine.
This family home by its orientation transforms the good wine available to its door in vinegar, letting the energy out of the « Position » that is very bad to let in. It is this energy in general that will be activated in the negative and this « Position » will be cut in this house. Social position, at an age that corresponds to this period of life when we take this position, bad for the siblings of this house, but not for all.

In 1918 Rosemary was born the third child, she had health problems from birth. This third child is touched for Yang Gong Feng Shui by the energy of « Nutrition », period of infancy. This energy is « drained » ie exhausted, so this period will weaken the child three of this house and hinder a « normal » growth.

Kathleen Agnes Kennedy, the fourth child, will have energies equivalent to her older brother and will die at the age of 28, too, from a plane crash.

Robert Francis Kennedy was born in 1925. He is the third son of this sibship in turn, takes the place of the 1st son on the death of his brother John Fitzgerald. He also died in 1968.

The story will be repeated with the children of John Fitzgerald Kennedy who bought him at 111 Irving Avenue a few steps away. A location a bit similar to feng shui. From this location we will have a similar Qi potential and it is the orientation of the building that will tell if the good wine available at the door is turned into vinegar inside … 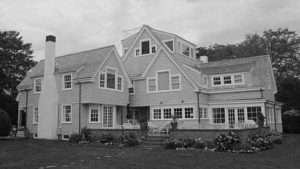 Unfortunately, even if the orientation is different, the energies captured here will be similar to those captured in the first house and so for the Yang Gong Feng Shui, the story will repeat itself:

The Yang Gong Feng Shui could have avoided these misfortunes in these houses by giving a different door orientation and thus by capturing these energies differently by offering a beautiful prosperity to all the children of this family. Unfortunately this case is known, many other families live similar dramas in anonymity for lack of knowing the influence of a house on the destiny of a family.

see here the case of the Drucker family

Want to see what feng shui can do for you, ask for a free pre-test here